Change Language
Change
We use cookies and similar technologies to process personal information for the operation of our website, statistical analysis, and providing targeted advertising. We share information about your use of the site with our advertising partners who may further share it with additional parties. You may opt out of performance cookies here, and learn more about how we use cookies here
I agree Cookies setting
Home / News / 2019 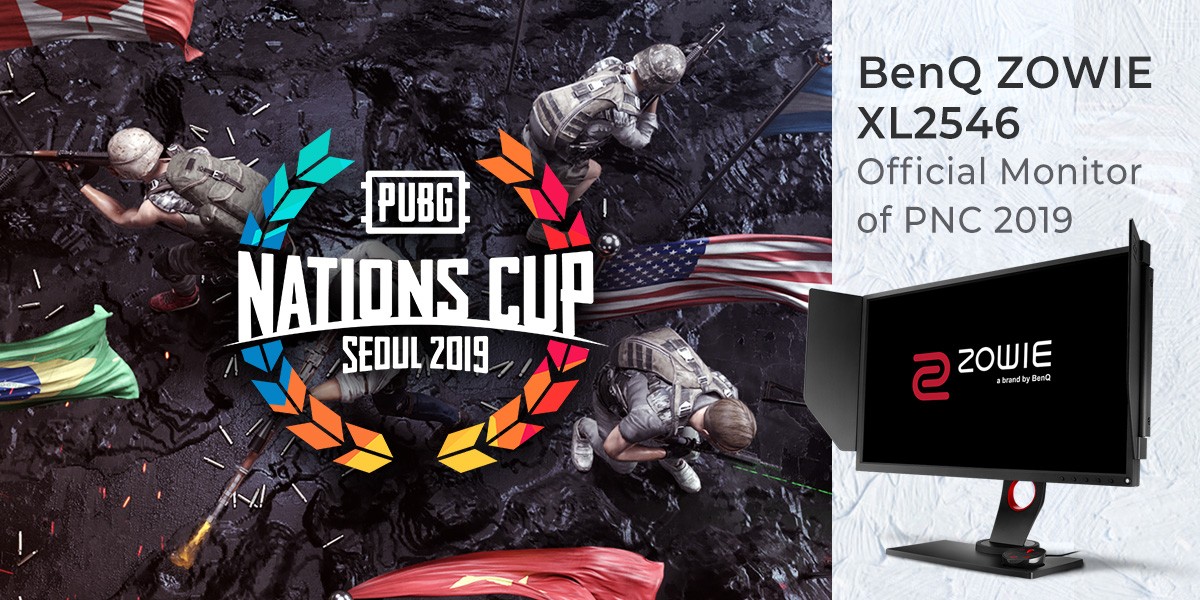 Leading technology brand BenQ today announced its collaboration with PLAYERUNKNOWN’S BATTLEGROUNDS (PUBG) Corporation for the 2019 PUBG Nations Cup, where their latest offering, the ZOWIE XL2546 Esports Gaming Monitor, will become the Official Monitor of the tournament.

Taking place at Jangchung Arena in Seoul, South Korea, from 9 – 11 August, the 2019 PUBG Nations Cup will see a total of 16 teams from across five continents (North America, South America, Europe, Asia and Oceania) represented in the international tournament, where the world’s top PUBG talents will compete for the honor of lifting the PUBG Nations Cup trophy and a US$500,000 prize money.

Gavin Wu, LCD and Esports Business Lin Manager of BenQ Asia Pacific says, “BenQ is proud to collaborate with PUBG, one of the best-selling and most-played video games of all time. With BenQ providing the best esports gaming monitors for the competition – both the onstage and practice areas –as well as being in charge of the overall monitor solutions in the backstage, we are confident that the top professional gamers in the tournament will benefit from the great image quality during gameplay.

The ZOWIE XL2546 esports gaming monitors are also tested and proven in many top professional tournaments.”

“We are very excited to have BenQ as our exclusive monitor sponsor for PNC.” Said Julian Schwartz, Central Esports Business Development Manager for PUBG Corporation. “Monitors are one of the most important pieces of hardware for our pro-players and the competitive integrity of our esport, and we chose BenQ because we know they provide a top of the line product that meets our high standards.

Already boasting a native 240Hz refresh rate monitor that ensures a flawless view of consistent fast-motion gameplay, the BenQ ZOWIE XL2546 esports gaming monitors are also powered with proprietary DyAc Technology that promises the clearest motion images. Most importantly, the two most favored features of the BenQ ZOWIE XL series by PUBG players – the Black eQualizer and Color Vibrance – help players better spot their enemies on the field, and give the adjustability they need to suit their preferences.